I was attending music school as an undergraduate in 1998 at the University of Texas at Austin. At the time, Matthew Gould (of Duo 46) was attending as a Doctoral student in guitar and living in Austin with his partner, violinist Beth Schneider. They had started Duo 46 maybe a few years before this. I was hanging out with them a lot in those days – just going over to their apartment or whatever. One day, Matt said to me, “Hey man, why don’t you write us a piece?”, and I said, “Umm.. ok.”

At this point, I don’t think they expected much. They hadn’t had that many pieces written for them yet, and I was just starting as a composer, only in my second year of school. I decided I wanted to write something that would really show off what they could do technically and musically, and that would leave audiences breathless.

Not knowing how to begin, I lifted a line from a piece that I had just written – a solo flute piece titled The Five Rings of Miyamoto Musashi. That became the opening line of the piece. Then, inspired by the one movement sonatas of Domenico Scarlatti, I wrote the piece based on that line. The piece is full of things that I was just discovering and becoming influenced by at the time: baroque sonatas, renaissance lute music (hence the “lute” tuning of the guitar), the tangos of Piazzolla as well as the ever-present rock and heavy metal that has always been part of my music. Since Duo 46 premiered the piece in 1999, Sonata 46 has become one of my most frequently and widely performed pieces. 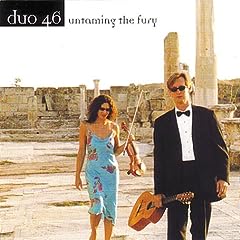 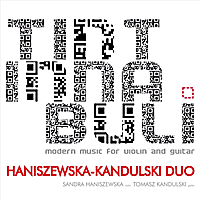