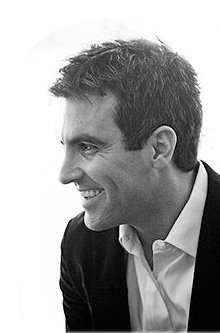 This is the second of my new series of blogs about composers that I respect, and who’s music I think is shaping the classical music of the 21st century. I’ll be doing this by telling you about how I discovered their music, and how they personally affected me in the beginning. I’ll be introducing you to some of their work, and pointing you to where you can find more, so you can discover them for yourselves.

I first met composer Kevin Puts in 1999, when he came to teach composition at the University of Texas in Austin.  I had heard people talking about this very young guy that was coming to teach there, and hearing of his impressive accomplishments.  When he first started there, he did a seminar for the students on his music and to introduce himself.  The first piece he played for us was an orchestral work, just recently premiered, called Exalted Virelai.  The piece, based on music of the medieval French composer Guilllaume de Machaut, immediately resonated with me.  I have always loved early music, and Kevin’s masterful incorporation of it with his own accessible tonal style and colorful orchestration just blew me away.  This was the piece that convinced me it was “ok” to use music of the past as inspiration for new music, and made my own alto flute concerto, Three Lamentations on the Death of John Dowland possible.

The other thing that fascinated me about Kevin was that he was just one year older than myself.  Here I was, just a lowly undergraduate just making my first sputtering starts in the classical music world, and here was this guy – my age – who was barreling full force with already huge accomplishments, amazing music, and a burgeoning major career.  Not to mention, the guy looks like a GQ model.  I thought, this guy has to be an arrogant ass – lol.  Oh, how incredibly wrong I was.

Kevin came to UT during my final year there.  I was already studying with Dan Welcher, and had been for several years, so in the beginning I didn’t really see much of Kevin, but slowly I started to get to know him and started to realize that he was a really nice guy.  The first time I really got to talk to him in depth was in the Spring of 2000.  I really wanted to have a lesson with him, and to be able to just get to talk with him at length before I graduated and went off to Indiana.  I approached him one day and asked him if I could have a lesson with him.  Now, keep in mind, I am not part of his studio, he is under no obligation to give me any of his time, and he is not being paid for any time spent with me.  In spite of this, he says “of course!”, and we scheduled a lesson for later that week.

I remember I brought him my solo guitar piece Meditation, Dance & Sacrifice, that I was in the midst of writing at the time.  We talked for a bit about the piece, in a kind of traditional lesson.  Then, over the next 2 hours, we just talked about music, and  school and life, etc.  Even though he didn’t know me well, he really opened up and talked about frustrations he had with certain people in the department, and just stuff that was going on in his life and career.  In short, even though as a composer he was leaps and bounds above me in every sense at the time, he treated me like an equal.  His kindness, openness and his humility are absolutely genuine, and after meeting many composers over the years, I can say this is a rarity.  I also remember that after my final composition recital at the end of my years at UT, he was the only professor that came up to me after the concert and congratulated me.

So, in May of 2000 I graduated and went off to study at Indiana University.  Naturally, I kind of lost touch with Kevin, but still would hear about him through friends that were still at UT.  So, fast forward to 2007.  I moved back to Ft. Worth, Texas to finish my doctoral dissertation, and got a job (which I still have) with the Ft. Worth Symphony, preparing their scores and parts for their concerts, and for publication in some cases.  As it happened, Kevin was the very first composer-in-residence with the Ft. Worth Symphony, a program that started that year.  Since I was right there, I emailed Kevin and asked him if he would be interested in getting lunch the next time he was in town.  As before, he said “of course!”.  He also told me to bring recent scores so he could see what I’ve been writing since I left UT.

He came into town in the Spring of 2007, as the symphony was premiering his new Violin Concerto, written for the symphony’s concertmaster, Michael Shih (who I refer to as “the nicest man in the world” – he truly is).  We had lunch, and as before, we talked about life, music, etc – very casual, and again, he spoke to me as an equal.  He took a look at my music and asked “Have you shown this to Miguel?”, referring to Miguel Harth-Bedoya, the conductor of the Ft. Worth Symphony.  I told him that I had been trying to get in to see Miguel and show him my music for at least a year, but couldn’t get in the door.  I should say that at this time I did not have the job that I have now with the symphony yet.  I had met Miguel about a year earlier by random chance at a supermarket and had gotten his email, but had not been able to get a meeting with him.

After lunch, we were to attend a rehearsal of Kevin’s concerto, and Kevin said, “After rehearsal, I’m going to shove this music into Miguel’s hands, then I’ll motion for you to come up to the stage so you can talk to him.”  Kind of astonished, I was like, “umm – ok.”  And true to his word, that’s exactly what he did.  As soon as the rehearsal was over with, he walked up on stage, my music in his hands, and literally shoved it all at Miguel.  He then motioned for me to come up, and Miguel, based on whatever Kevin had said to him, led me to his office for a meeting right then and there.  I can say that is the one the few times in all of my years as a student and a composer that another composer has really stuck out his neck for me and tried to open a door of opportunity, and that I’ll never forget.

The meeting led to my current job, which at this point I am very thankful to have, even though Miguel could not be less interested in me as a composer.  But that season, I heard two amazing pieces by Kevin.  His already mentioned Violin Concerto, and his Symphony No. 3, which was based on music of Bjork, specifically from her album Verspertine.

Unfortunately, there are literally no released recordings at this time of any of Kevin’s orchestral music, even though he’s written a ton of it for some of the best orchestras and soloists in the world, including the NY Philharmonic and soloists like percussionist Evelyn Glennie and Yo Yo Ma.  It’s a testament to the absolutely stupid and archaic conventions of orchestras that, while a ton of recordings of performances and rehearsals of his music do exist, he is under legal obligation to not do anything with them, unless the orchestra in question officially releases the performance.  This means that he cannot post these performances on any web site, even streaming only.  He cannot legally distribute copies in any way, even for free.  In this age of the internet, and how important the internet is to modern composers, this outdated practice is only serving to hurt today’s composers.

You can hear snippets of some of Kevin’s chamber music at his web site, and also buy some of these pieces on iTunes.  If and when any of his orchestral music is released and available, I will post about it on this blog.  Until then, check out his web site, buy his music on iTunes, and check his upcoming performances page on his web site to see if his music is coming your way.