How does a virtual concert work?

I just posted a status update today on Facebook that I was attending a violin recital in Second Life.  Someone asked me how do you do a live concert in Second Life?  First of all, a little about the artist I saw today.  His name (in Second Life) is Young Zeid.  He is a professional violinist that plays many concerts, both solo and with other musicians, in Second Life.  This is no mere amateur – he is not just simply some guy that likes to play violin and plays online – this is a world class player.  For instance, during todays recital, he performed a solo violin suite of John Corigliano from the movie The Red Violin.  It was just – holy wow – this dude is good.  Great music – wonderful musicianship and the piece was just a technical tour-de-force. 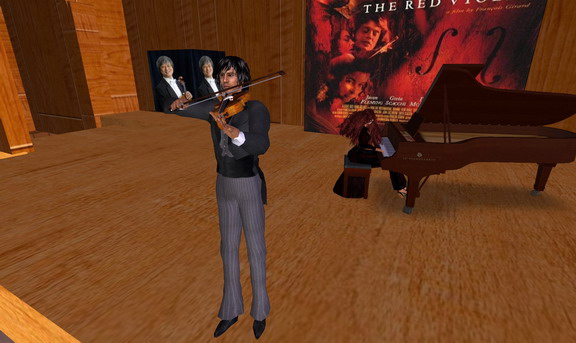 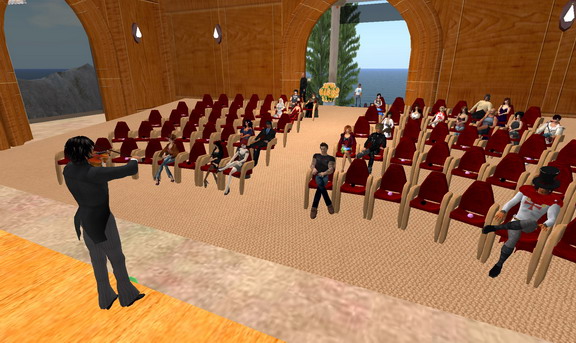 There are many, many super talented performers and composers that I have met in Second Life, which was a big surprise to me.  It’s also got many knowledgeable professors of music that give fascinating lectures.  Last week, I saw a lecture given by Benton Wunderlich on Stravinsky and how the Japanese wood cuttings of Hokusai influenced his music.  If you’re a music nerd – it something worth checking out.