There’s been a “note” going around Facebook for a few months now that contains the following tag line:

“Think of 15 albums, CDs, LPs that had such a profound effect on you they changed your life. Dig into your soul. Music that brought you to life when you heard it. Literally socked you in the gut. Then when you finish, tag 15 others (or more!), including moi. Make sure you copy and paste this part so they know the drill.”

I thought instead of doing it as a Facebook note, I would do it as a more extensive blog. As with many of my other musician friends that have done this on Facebook, I feel the need to add the disclaimer that I found it near impossible to narrow the list down to a mere 15, so many fine albums have been left out, but the thing is to present 15, so I have. I have also done my best to put these in some kind of auto-biographical order. 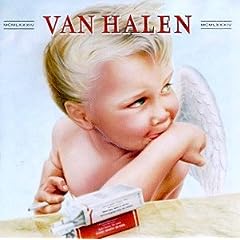 Van Halen’s 1984 was absolutely the first album to make a real musical impact on me. I was 11 years old when the album was released, and I still remember seeing the record at Sears, where my father worked at the time.

Everyone was of course in love with this album at the time – it was beyond huge. For me though, I was just captivated by Eddie Van Halen’s guitar playing. I also clearly remember listening to the tape on my Walkman in my Dad’s chair at home one afternoon, and Hot for Teacher came on. I remember listening to Eddie’s opening solo, and thinking to myself, “I want to be able to play that.” It was in that moment that I decided to learn how to play the guitar.

I was in 8th grade at Dueitt Middle School when the Beastie Boys first album, Licensed to Ill was released. I was the perfect age, and had the perfect mix of raging hormones for this album to make an impact on me. On top of that, this was my first concert ever. I saw the Beasties during the Spring of my 8th grade year at the Summit in Houston, which I find totally incomprehensible that this place that I saw the Beastie boys, and later, Metallica, Megadeth, Iron Maiden, Anthrax, Slayer, Suicidal Tendencies, Ozzy Osbourne, and even Andrew “Dice” Clay, is now the nations largest mega-church.

Anyway, the Beastie Boys mix of juvenile rap and metal set the tone for my high school years as an aspiring metal punk. I think I started to appreciate the rhythmic intricacies of rap and also opened the door for metal to invade my life, which I believe opened the door for classical music to invade my life. There has even been a study to prove this fact – read about it HERE.

VIDEO: FIGHT FOR YOUR RIGHT TO PARTY (embedding was disabled – WTH??)

Around the same time that I discovered the Beastie boys, I also discovered Ozzy Osbourne, and possibly even just as importantly, his guitarist Randy Rhoads.

For me, there wasn’t a bad song on this whole album, and I still think the guitar solo for Mr. Crowley is one of the greatest rock guitar solos ever. Also, probably the first “classical” guitar piece I ever heard was Randy’s Dee – a piece for solo classical guitar that he composed in hommage to his mother, who apparently taught him everything he knew about music. The fact that he had this beautiful little piece, probably showed it to Ozzy one day, and despite Ozzy making a dark metal album, was like, “That’s f*#c@n great man, let’s put it on the album!” makes me love this record even more. I looked at Randy Rhoads as a model when I was in high school. This guy, who was a great player, but also a great musician who studied music, knew music theory, and studied other disciplines of guitar playing. He was the closest thing to a music scholar that I had found at the time, and I still respect the hell out of the guy.

VIDEO: MR. CROWLEY (I love how Ozzy just kind of stands there at the end looking sort of amused and confused – hilarious) 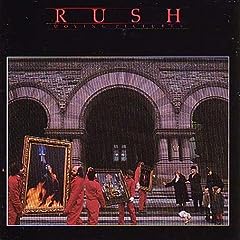 When I was a freshman in high school, I discovered Moving Pictures when I heard Tom Sawyer on the radio for the first time. This was my first introduction to “progressive” rock, or prog-rock. Even though Moving Pictures is one of Rush’s most straight forward rock albums, it introduced me to the genre and to Rush’s music. Through Rush, I was introduced to more advanced musical concepts that I would take with me into my study and creation of classical music. Things like odd time signatures (like the 7/8 time used in Tom Sawyer for example), to extended, almost opera-like musical forms (as in their concept album, 2112), to their use of unusual (for rock music) intervals, such as the prominent tri-tone in YYZ (not to mention the use of the morse code for yyz as the opening rhythm), to their thoughtful virtuosity. Even Neil Peart’s live drum solo from the same period introduced me to many kinds of orchestral percussion that I had never seen before. I branched out from Rush into a whole list of other prog-rock bands, including Yes, King Crimson, Pink Floyd, Emerson, Lake & Palmer and Dream Theater to name a few, but Rush was always my favorite.

5) METALLICA – …AND JUSTICE FOR ALL

Around 1988 when And Justice for All came out, I would look forward to Saturday night all week for one reason – Headbanger’s Ball on MTV. I had just started to take interest in this kind of music, and had just started watching Headbanger’s Ball when one Saturday, I caught the world premier of Metallica’s first music video for their song One. I had of course heard of Metallica before, but never gave them much thought, because that was stoner music – not something I would be interested in. But, I watched the video all the same, and I was simply blown away by it. I had never seen or heard anything like it. It was totally raw and powerful to me. Seeing their intensity while playing, Lars Ulrich’s facial expressions looked like he was going medieval on his drum set, and the sheer virtuosity of James Hetfield and Kirk Hammett on their guitars. I mean, say what you will about heavy metal music, whether you love it or hate it, but no one can deny that these guys can f*$@ing play their instruments.

The songs on And Justice for All also brought me one step closer to discovering classical music. They were of epic length and complexity, and filled with new ideas and nuance that I would discover with every listen. From here I would go back and discover their absolute masterpiece Master of Puppets, but this is where I started with Metallica, and I still love this album.