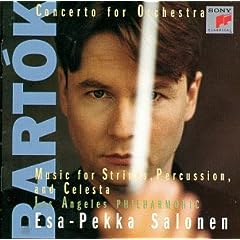 After I graduated high school in 1991, I entered the University of Houston studying Communications, with a secret desire to study music. My first semester, I took one of my arts electives and signed up for a music class. It was kind of an informal music history class for non-music majors. By this time I was getting more and more interested in classical music, and I wanted to learn as much about it as I could. I was listening to the classics at home and even reading music history texts for “fun” – lol. I was also starting to teach myself how to read and write music at this time.

During the first day of class – the FIRST DAY – the professor played us the 4th movement of Bartok’s Music for Strings, Percussion and Celesta. I never expected to hear anything like this on the first day of class. I think this was the first piece of classical music written in the 20th century that I ever heard. I was totally and completely blown away by it. It had everything I loved about music at that time – the power and intensity of the metal, the depth and complexity of prog, and so, so much more. It kind of opened my eyes to what was possible and set me on the path to becoming a composer. This was definitely a big one for me. 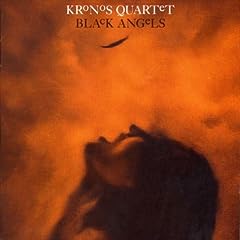 Around the same time, I discovered the Kronos Quartet album Black Angels in kind of a round-about way. I was listening to the then new Faith No More album Angel Dust, and there was a song on there called Malpractice. Even though this was a pretty hard core metal tune, there were samples you could hear towards the end of a string quartet woven into the fabric of the music. I thought this sounded awesome, and I was pretty sure it wasn’t anything that Faith No More had written, so I went into the liner notes and discovered that the samples were taken from this Kronos album, from a piece by someone named Schostakovich.

It turned out to be Dmitri Schostakovich’s String Quartet #8, which was the last piece on this album of music for string quartet. Also, Kronos had included probably my first introduction to “early” music – the 40 voice motet Spem in Alium of Thomas Tallis. Also the title cut Black Angels by George Crumb scared the shit out of me.

The String Quartet #8 was incredible – especially when I realized this guy was writing heavy metal music years before heavy metal was supposedly birthed by Black Sabbath. And this music was ten times more intense than any heavy metal album I had ever heard. I was also really fascinated by Schotakovich’s use of his initials D.S.C.H (translated into notes as D-E flat-C-B) as the main musical motive (I was unaware at this time that this was a tradition started by Bach, where Bach had used his own name B.A.C.H (B flat-A-C-B) as a musical motive in many of his works).

Schostakovich wrote in his memoirs this, about the affect the piece had on him as he was composing it: “The psuedo-tragedy of this quartet is such that, while I was composing it, the tears just kept streaming down like urine after a half-dozen beers.” Wow. 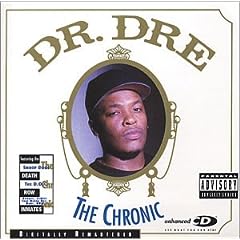 In 1993, I was working at Blockbuster Music, the now non-existent record store that was started by Blockbuster Video in the early ’90s. I worked with this guy named Mitch Davis, who at the time must have been around 30 years old – I was maybe 20 at the time. Mitch was from one of the inner city Houston neighborhoods, sported a huge afro, and was one of the coolest and smartest dudes I have ever met. The guy had no formal music education, but knew more about music than most music professors I’ve known over the years. He was especially knowledgeable about jazz, soul, funk and rap/hip-hop, and as I knew next to nothing about any of these genres at the time, he was truly one of my first professors of music, and I really looked up to him. I learned from Mitch many, many things, but most importantly that you didn’t need a degree in music to really know music.

One of the albums that Mitch introduced me to was The Chronic by Dr. Dre. Hearing Mitch talk intelligently about rap, and how this album represented real frustrations and issues that existed in the ghettos opened my eyes to rap as serious American art. It was a world that was totally foreign to me, but one that Mitch grew up in. He introduced me to many other great artists – Miles Davis and John Coltrane – Erykah Badu and Me’Shell Ndegeocello – and many others. But I think The Chronic had the biggest impact on me. I have no idea what ever happened to Mitch, but I hope I can re-connect with him someday. 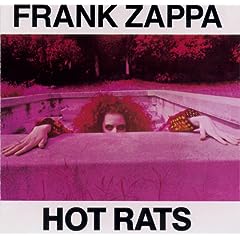 Probably about a year later, while still working at the record store, my musical curiosity was in full bloom. Blockbuster Music’s gimmick was that you could come into the store a literally pull any CD off the shelf, bring it to the “listening station” and listen to it. I was taking full advantage of this and devouring music on a daily basis. I kept hearing things about Frank Zappa, and I would see his records all the time in the store, but I hadn’t ventured there yet – not sure what was holding me back. Finally, my curiosity gave way, and I picked up one random album and brought it up to the listening booth, where I believe Mitch opened and played the CD for me.

I was sitting there with my headphones on when the first track Peaches En Regalia came on. From the first ten seconds I was like “What the hell IS this???” – but in a good way – lol. It was another one of those moments when I was completely blown away by a sound I’d never heard before. It was like rock and classical and jazz and something unnameably weird all rolled into one. After listening to the first track, I remember looking at Mitch with a stunned look on my face, uttering an expletive, and knowing that I would be a Zappa fan from then on. Mitch just smiled back at me with a look on his face that said “I knew you’d like that.” The rest of the album was just as strange and wonderful, and Zappa’s guitar soloing style is utterly unique – no one else sounds like he does.

I would later discover many great Zappa albums, including Apostrophe and One Size Fits All, which contains the song Inca Roads that I based my own piece Hommage a Frank Zappa on. Even later I would keep discovering music from this genius – classical music albums like The Yellow Shark and Civilization, Phase Three. 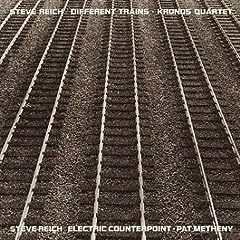 I think just before I went off to music school in 1996, I discovered Electric Counterpoint by Steve Reich. I was listening to more and more classical music at the time, and was going through every album by the Kronos Quartet I could find. I initially picked this one up because one of the pieces, Different Trains, was performed by Kronos. The other piece on the CD Electric Counterpoint was performed by the jazz guitarist Pat Metheny. I had heard of Metheny, but had never heard any of his music at this time. I had no idea what to expect of this piece – a piece of classical music for electric guitar?? And not just for electric guitar, but 13 electric guitars all layered on top of each other.

This was my first introduction to “minimalist” music, and the rhythms and harmonies were so close to the music I was already used to, I immediately identified with it. I thought the sound of all those guitars woven together like threads in a tapestry was fascinating, and I loved the groove of the third movement. This is the piece that made me realize that classical music and pop/rock music didn’t have to be these two completely separated worlds. They could co-exist together. I have since performed this piece myself, and I love it to death. Steve Reich has also become one of my favorite composers, period.