The Rag and Bone Shop (the rest)

Welcome to my second installment on my brand new song cycle titled The Rag and Bone Shop. Last time I talked about the third and fourth pieces in the cycle, Ritual and I Am Not I. I also hinted at the question of how I took four songs and made a cycle of five.

First, how I made it into a cycle of five. As I said in my previous blog, a cycle of four songs bothered me because I wanted the song Ritual to be the centerpiece of the cycle, and you can’t have a center in four songs. So what I did was, I composed the last song These Days on the poem by Charles Olson of the same name. Then, I transferred the vocal melody from that song to the cello and composed an instrumental prelude for piano trio based around that vocal line, but opposite in character to the song, and titled it These Nights.

So with These Nights, which starts the cycle, I wanted a piece that was in opposition to the final song of These Days. Both are based around the same melody, however These Days is a solemn and dirge-like piece, closing the cycle with an introspective austerity. By contrast, These Nights is brilliant and explosive, faster in tempo and cast in a more major-ish mode. 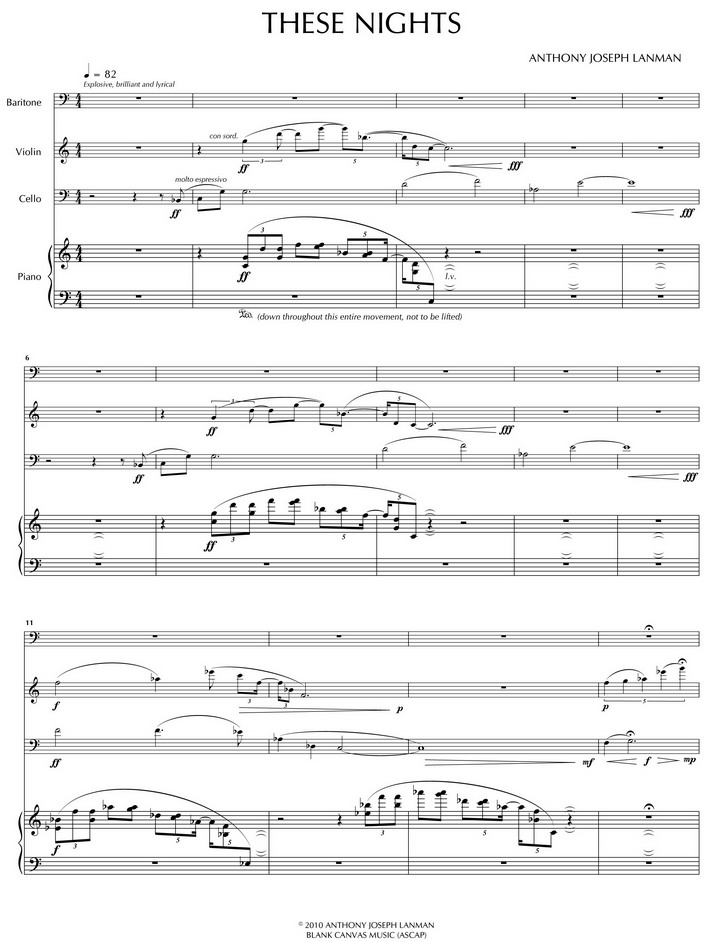 The second piece in the cycle is the first song titled True, and comes from Kabir’s poem titled How Much Is Not True.  The text here is quasi-religious and introspective – very philosophical.  However, even though the poem has a kind of sacred tone, the message of the poem is quite anti-religious.  The music is a bit of a departure for me, being again in a major-ish mode, and very simple – almost like a straight up pop song.  I even employed some of my “rap-recitative” that I first used in my song Dubious Arrangement for voice and guitar. 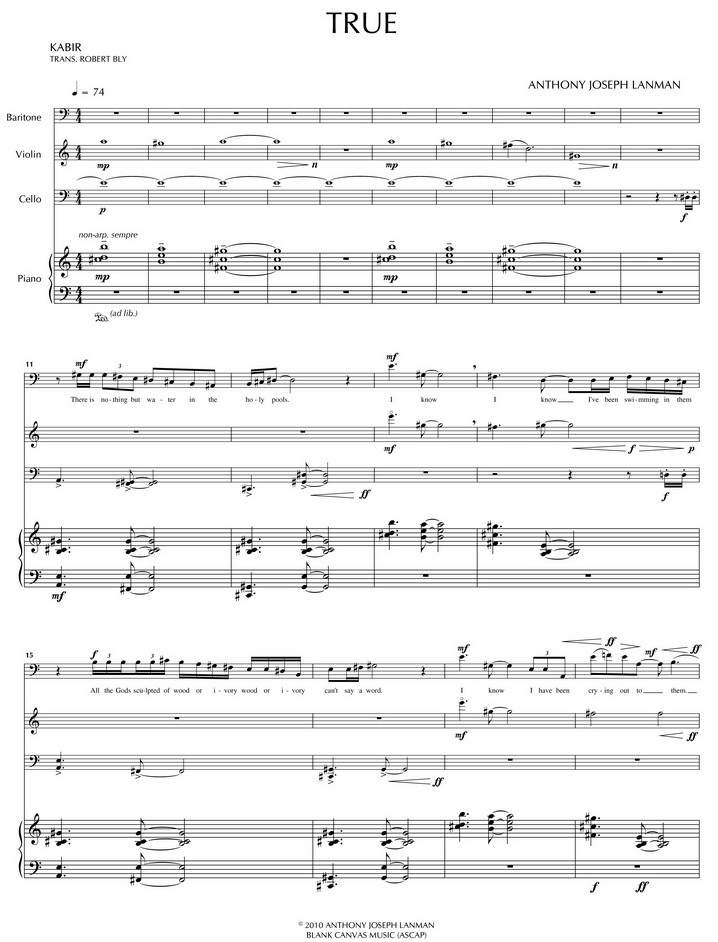 As far as the third and fourth pieces, you can read about those in my previous blog post.  The final song, on Charles Olson’s poem These Days closes out the cycle. 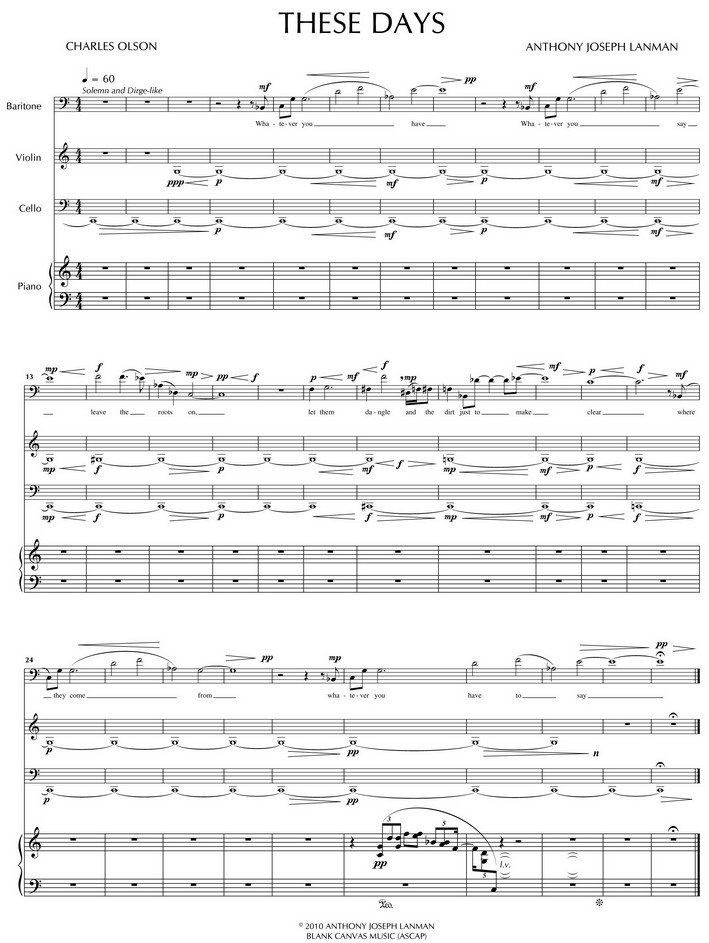 The entire cycle ended up being somewhere between 15-16 minutes, which was about the maximum duration I was going for.   You can view the official page for the piece here. Now, onto my next commission – a piece for harp and saxophone for the fantastic duo Pictures on Silence!